On the third day of our Cabo San Lucas trip we were excited to set sail on the catamaran excursion, which we had booked the day before through the Eco-Cat tour and restaurant.

We walked down to the restaurant were we booked the tour from our hotel (Playa Grande) which was about a 10 minute walk. We checked in with the hostess and sat down for a blended mango margarita while we waited for the rest of the guest to arrive and the boat to be ready for boarding. 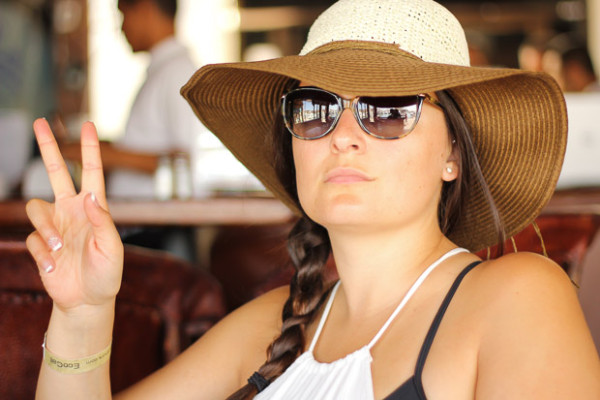 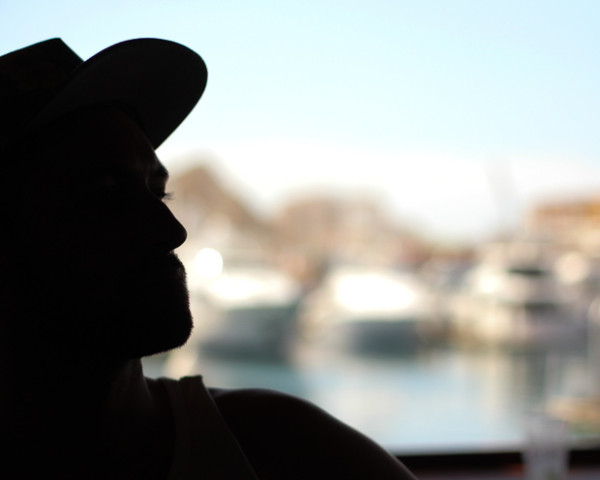 What did the one pelican say to the other? 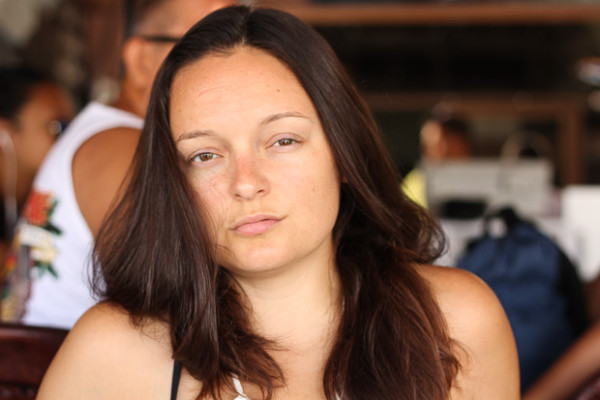 In that light house is a tequila tasting room.

I would say about 60 people had booked the tour in total on this 100′ by 50′ catamaran which provided us with more than enough space. We grabbed a sweet spot towards the front of the boat where we laid out our towels and were instantly served margaritas! The tour included all you can drink open bar and at lunch hour a taco bar. 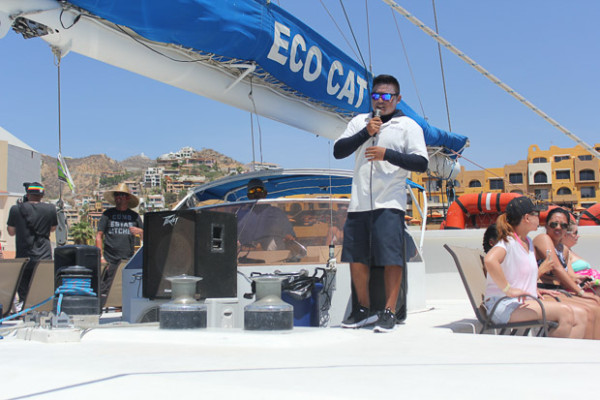 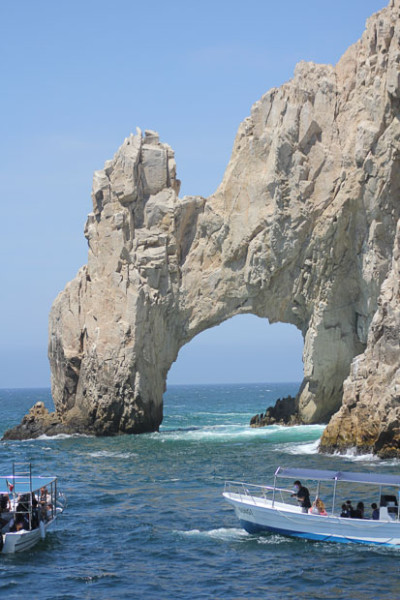 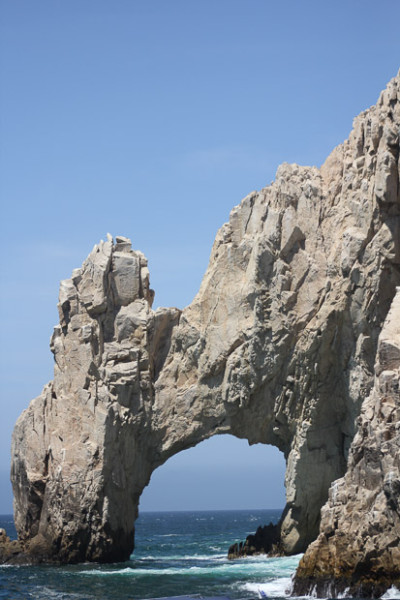 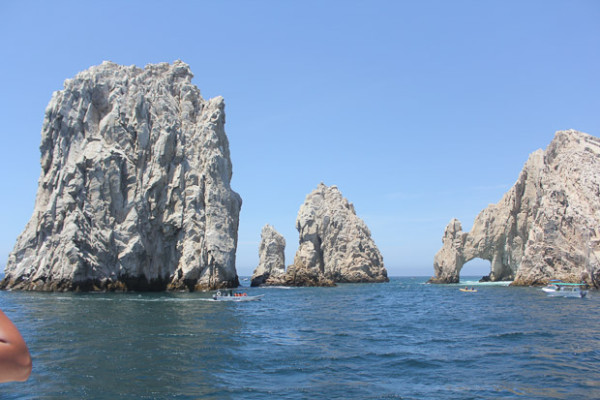 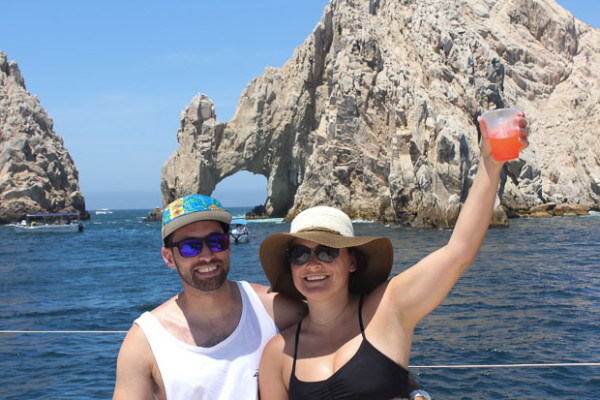 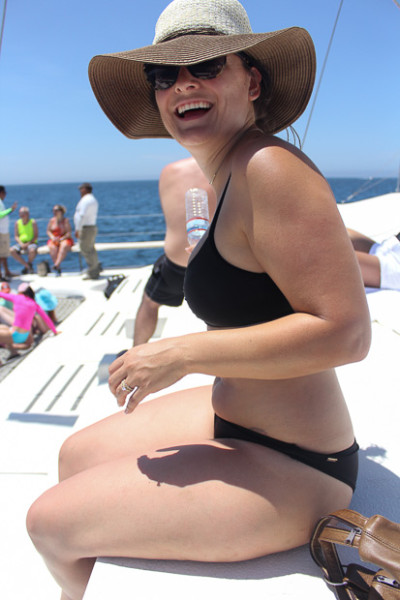 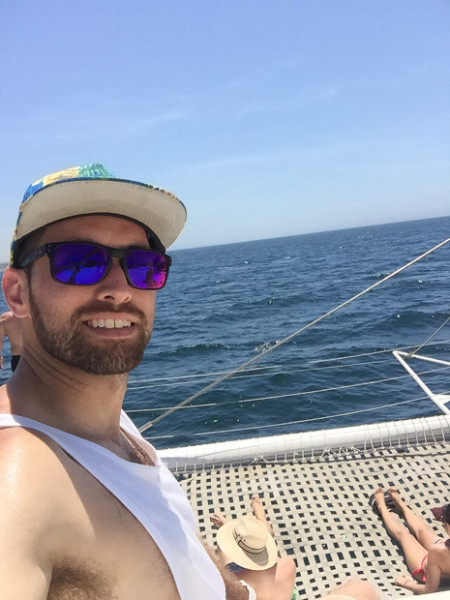 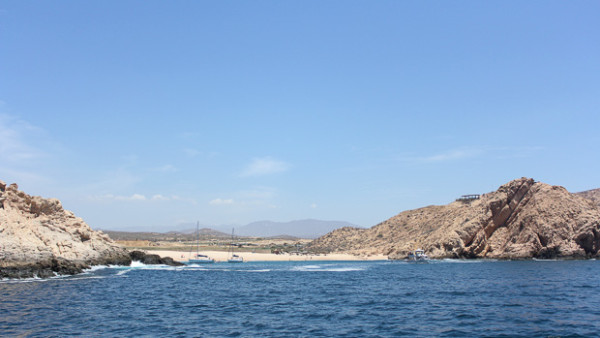 It was about a 45 minute boat ride before we got to the spot where we would be snorkeling at a beach, called Santa Maria Beach. Ciera and I were excited to test out our new snorkel gear so when the boat was anchored we strapped up and jumped in! We also had just bought some waterproof phone cases on amazon and were looking forward to test those out too.

We saw many types of fish near the coral and the current was on the stronger side. Ciera ended up slicing her finger open on the coral when she was trying to hold on from the current. Luckily it wasn’t bad and she didn’t need a bandaid. 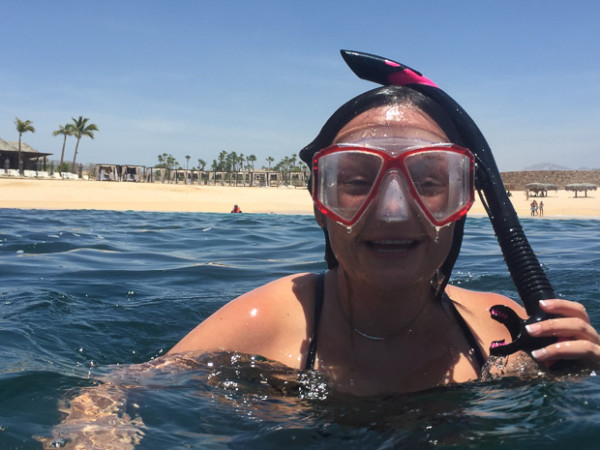 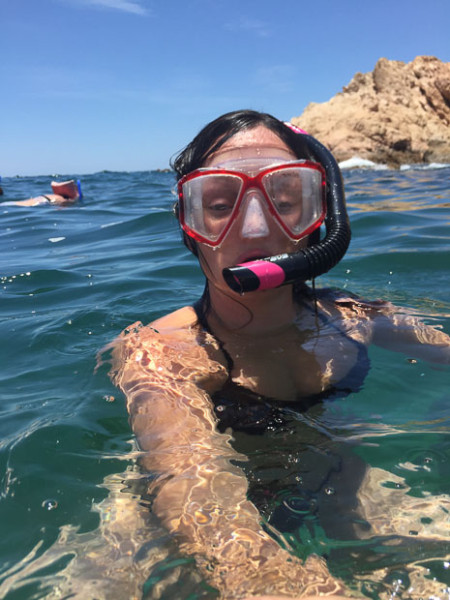 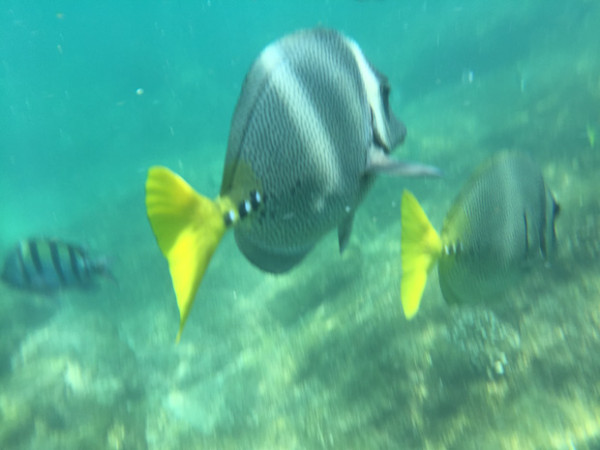 After a good 45 minute snorkeling session, we mad our way back to the boat, grabbed up on some delicious fish and chicken tacos, completed with more margaritas. Once the anchor was pulled up, the boat started to make it’s way back to the marina and the excursion turned into a full blown booze cruise. By the time we got off the boat we were both pretty tipsy! 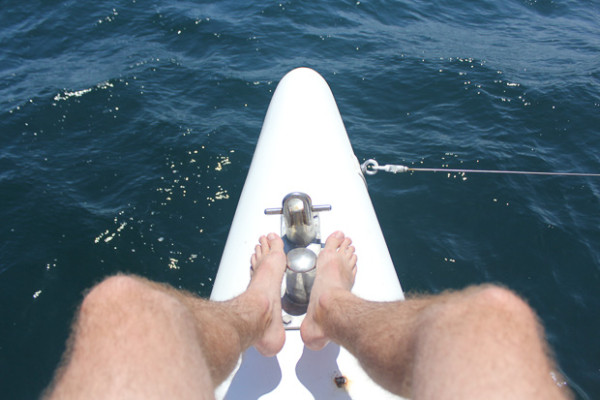 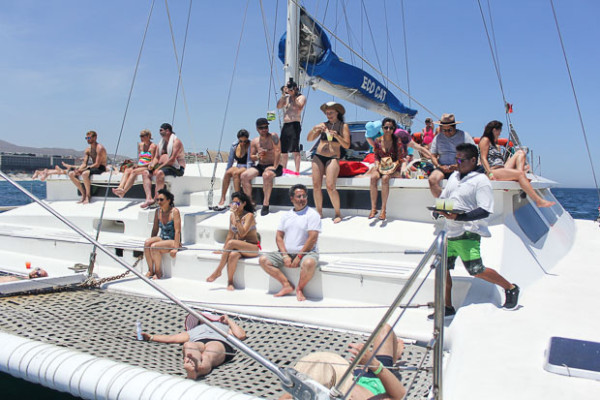 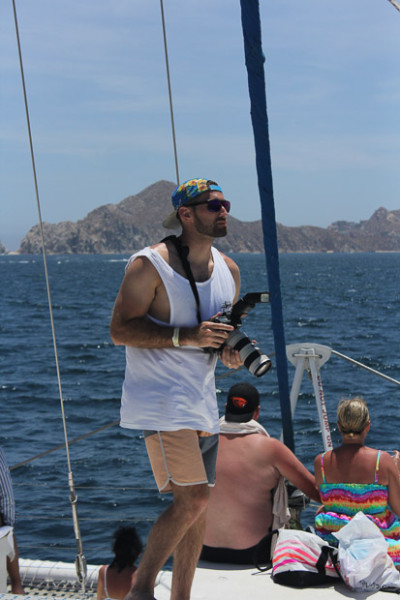 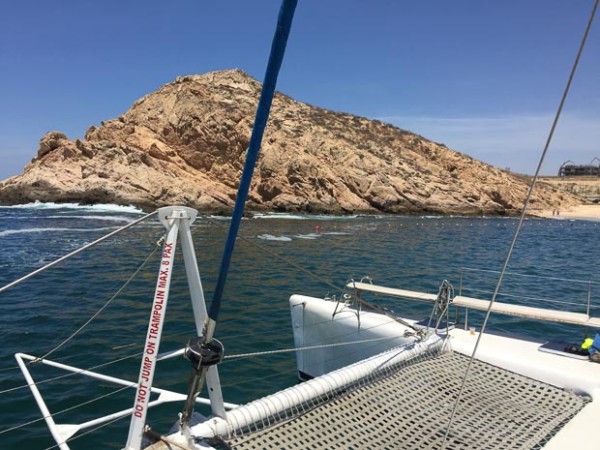 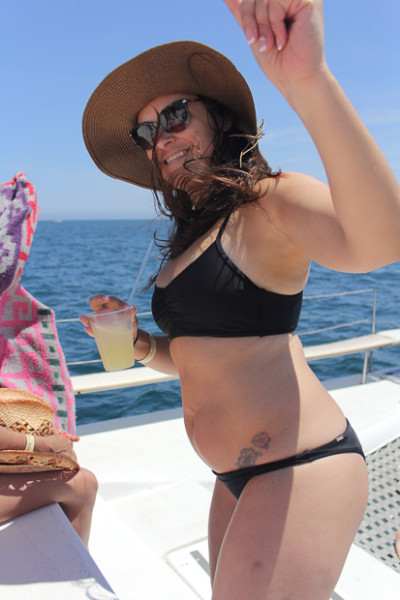 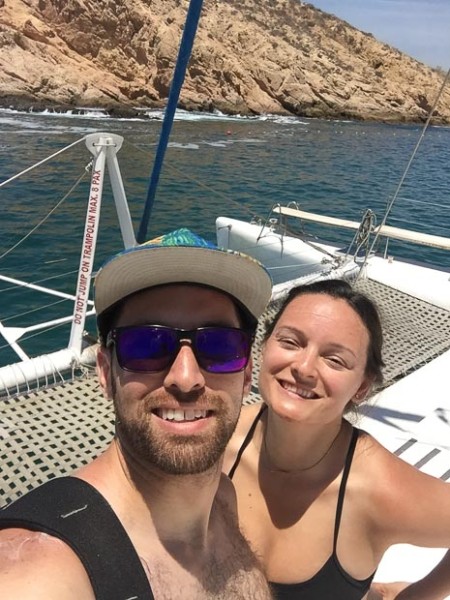 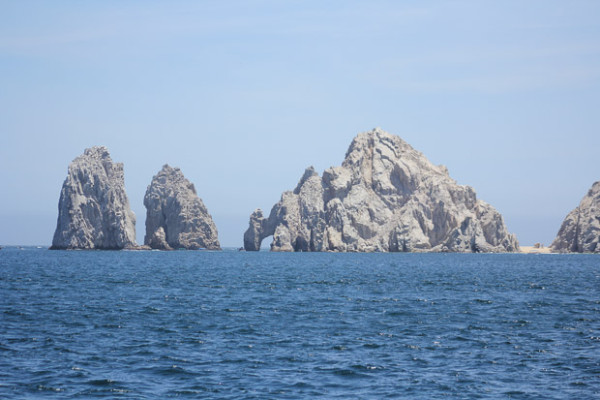 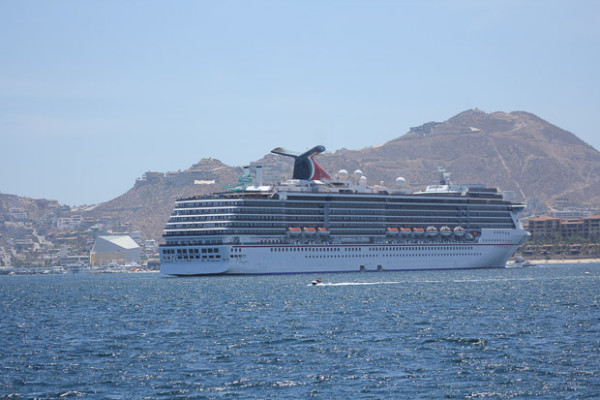 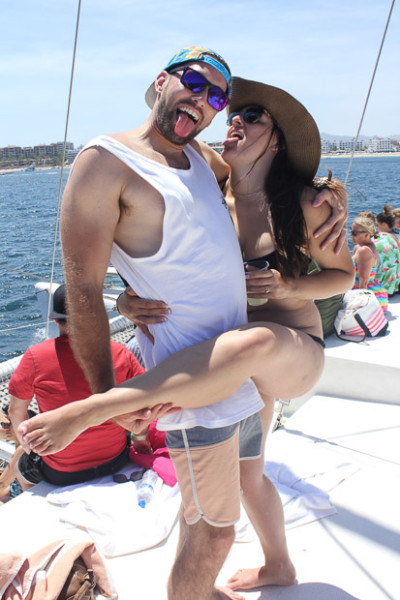 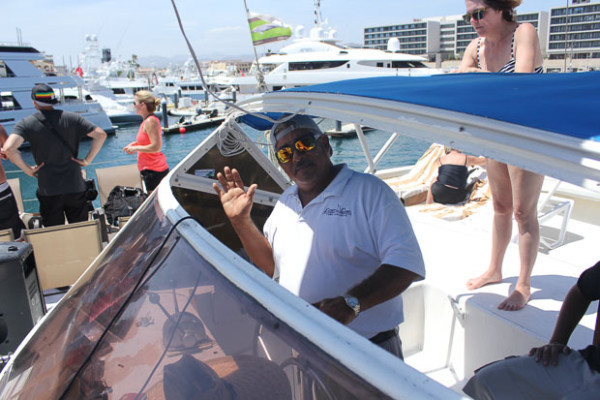 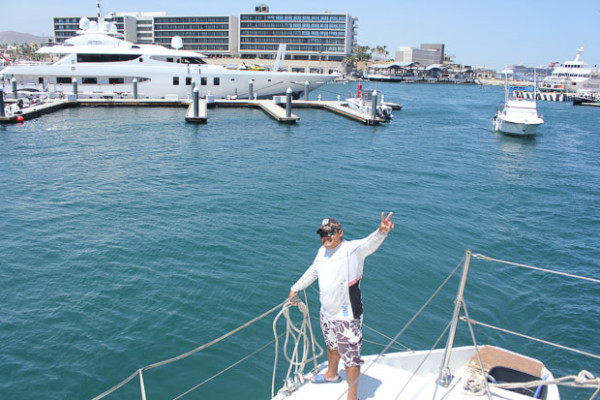 We collected our selves and made our way into town in exploration for a bar called Monkey Business. Ciera’s sister Aubrie had recommended it for the best margaritas in the world. We found the bar faster than I thought we would and order a margarita. These things were huge and took forever to drink, but were so good! By then it was starting to get later in the day and we wanted to get freshened up before going out to dinner. 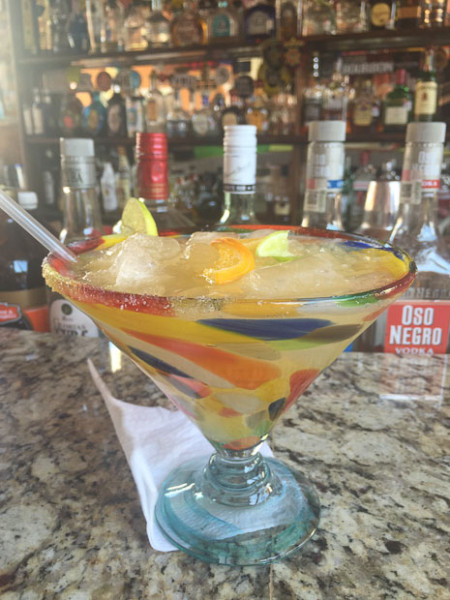 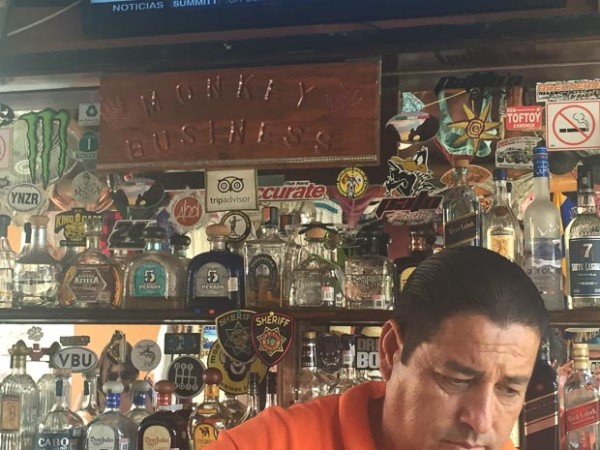 We walked back to the resort and took a much needed nap. After that we got cleaned up and went back into town on foot. Being a little tired from walking around and being in the sun all day, we decided to take a cab into town. We were ready to eat and had heard of this place called the Office and were told it was really fun and delicious. So we told the cab driver to take us there. By the way it was really pricey. I guess gas is really expensive out there.

The Office is located right on the the beach. Literally, your chairs and tables are in the sand. So cool, they had a live band and lights. I had the fish burritos and Ciera had had the combo burritos. Kind of cool, we were served three mini burritos instead of one big burrito. That’s the cool thing about Cabo. The portion sizes are just enough. a little cup of beans and small mound of rice that filled me up perfectly each meal.

That pretty much wrapped up day three for us as we headed straight back to the hotel and hit the sack for the night. Another great day in Cabo was a wrap!

I'm a web developer, designer, and digital marketer with a passion for hanging out with my friends and family! Most of all i'm in love with my partner in life Ciera!